In 1992 Porsche introduced the 968, which was initially going to be the S3 variant of the 944. Still, during the development, 80% of the 944’s mechanical components were either significantly modified or entirely replaced by the engineers, leaving so little of the outgoing S2 model that Porsche management chose to introduce the variant as a new model, calling it the 968.

Production for the 968 was moved from the Audi factory in Neckarsulm (where the 924 and 944 had been manufactured under contract to Porsche) to Porsche’s own factory in Zuffenhausen.

From 1993 through to 1995 Porsche produced a lightweight, more focused version of the 968 called the ‘Clubsport’. Porsche set about making the new Clubsport lighter by removing the 968’s rear seat, air-conditioning, power windows, and most of its sound-deadening, resulting in a 100kg drop in weight. This handling was improved with stiffer suspension setup, lower ride height and 17-inch wheels.

The combination of reduced weight and revised suspension made for an incredibly balanced drive. The 3.0 engine which produced 236 horsepower was unchanged from the standard 968, as was the six-speed manual gearbox. The Clubsport claimed 0-60mph time of just 5.6 seconds with a top speed of 162 mph. Critics spoke very favourably of the 968 Clubsport, notably achieving the ‘Performance Car Of The Year’ award in 1993 from Performance Car magazine.

This particular example is based on a genuine non-sunroof 968 coupe and has been made lighter still from having the standard bonnet replaced with a fibreglass item, Lexan front windows, lightweight split rim alloys, lightweight door cards, lightweight bucket seats, rear seat delete, removal of carpet, removal of sound deadening.

Being a track day car, the engine had seen better days so was replaced with another correct 80,000-mile unit by us. We carried out a leak down and compression test on the new engine prior to fitting, and the results came back very favourably. The new engine was fitted, and it is now running beautifully. The majority of the components from the old engine have been saved and can be put towards an already fairly comprehensive spares package with the car.

The car also comes with a spare set of wheels fitted with slick tyres making it perfect for use on the track, and the suspension has been updated too with a set of GAZ adjustable performance shock absorbers. The combination of these two upgrades results in a car which has incredibly sublime handling.

An excellent road registered track car finished in a stunning colour, ready to be used and enjoyed today. 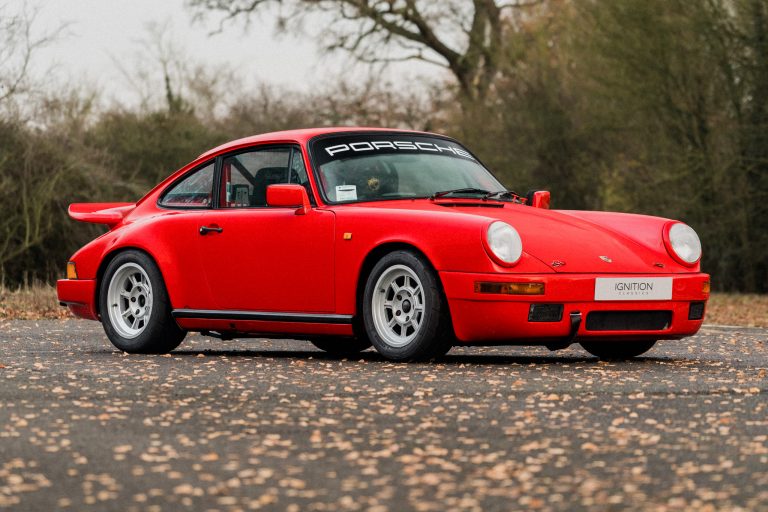